As a reader and a writer I enjoy reading other author’s blogs.  By doing so, I pick up valuable advice, and you come across the current issues facing the independent writing community.   The big issue of the day is the Amazon v. Hatchette debate, but I’ll save my thoughts on that matter for another post.

One of the other issues I’ve seen cropping up is the controversy over the writers’ website, Absolute Write.  On their site they have an extremely well trafficked forum called the Water Cooler.

The site was created in 1999 by an admirable freelance writer named Jenna Glatzer (who left in 2007).  Absolute Write (AW) boasts 60,000 users, and averages 8,000 posts a week, all on issues dealing with writing and publishing.

Over the past few months I began noticing AW popping up in a lot of conversations.  Some people claimed to love it, that it provided them with assistance finding an agent, getting a query letter polished, or critiquing their writing—while other’s absolutely hated the site, even going so far as to say they’d been banned for speaking their minds or they’d been the victim of cyberbullying by the members there.

Not belonging to any writers’ forums, I decided to check out AW.  Please understand, I did not go to their site with an axe to grind or any pre-conceived agenda.  I’d seen people speak for and against the site and was simply curious as to the truth of the matter.  So I put on my journalist’s hat and decided to do a little field research.

I spent a week ‘lurking’ to see if the site looked worth joining.  What I found was a bit overwhelming, a touch of information overload.  There are eighty active boards in the forum covering a plethora of subjects; everything from dealing with rejection, writer’s block, grammar, research, publishing scams, novels, short stories, poetry, literary agents, publishers, freelancing, songwriting, script writing… their list of topical areas is extensive.  Whether you want to talk to other writers working on westerns or greeting cards, you’ll find a home for it on AW.

Most of the areas of the site are open to everyone, but a few require you to have a minimum number of posts or six months of time logged on the site to access.

There are so many topical areas on AW that I’m willing to bet that most users gravitate toward their areas of interest and hang out there.  To visit all of the boards and read all the new posts everyday would be virtually impossible.  The boards that I visited, while some of the threads were silly, for the most part the users were respectful, encouraging and supportive of one another.

After two weeks I decided to join, and was a bit surprised when it took them three days to ‘approve’ my registration.  Not that it truly mattered.  Not being approved simply meant I could not post anything.  There was plenty to read.  Each board had their stickies with instructions and there were a mountain of FAQs to peruse.

Once approved, there is a board for new members, so I created a thread there and introduced myself.   About a dozen people welcomed me aboard.  So far, so good.

Over the next week or so, on the various boards I visited, I began to notice a certain amount of negativity pervaded many of the conversations.  People were depressed because they were getting rejection letters, upset because they had too many ideas and didn’t know which one to work on, gridlocked by writer’s block, unable to write because they were dealing with ADD…

In an attempt to be helpful, I decided to create a thread on ‘Famous rejection stories,’ and shared about a half dozen stories about famous writers like Stephen King, Agatha Christie, Dan Brown and J.D. Salinger, who were rejected numerous times before ever getting published.  My thought in starting this thread was to try to encourage people by showing how all authors have to deal with rejection.  It’s something all writers share in common, even the famous ones.  And if you persevere, you just might get lucky like they did.

After creating the thread, someone posted a response saying that he’d heard God had been rejected numerous times before ever getting the Bible published.  Ha, ha.  Sarcastic, but not a personal attack.  Next someone posted a comment that they hated hearing that J.K. Rowling was only rejected 12 times before Harry Potter found a home.  They went on to say they’d been rejected 400 times.  Someone else picked up the idea and added that that J.K Rowling was a horrible example of a writer having a hard time getting published, that her experience was nothing compared to the pain and suffering the average AW writer experienced.  Oi.

At this point I commented that if the posters were having such a hard time dealing with rejection and getting published, why not try self publishing?

This is where my experience with AW went horribly awry and I began to understand why certain people accuse them of cyberbullying.  I was too new to the site to realize it, but I’d stumbled into one of AW’s pet peeve subject areas.  All I had to do was mention self publishing and a dozen people, most of whom had in the neighborhood of 1,000 to 15,000 posts on AW, jumped on me and began ripping me to shreds for daring to even suggest such a course of action.

In response, I posted that self publishing might be difficult or expensive for some, but if you know how to follow instructions it’s actually fairly easy and doesn’t have to cost you a dime.  I went on to quote a recent research study by a group called Author’s Earnings that states 31% of the sales on Amazon are by self published authors and cited my sources.  You can find them here and here.  There are numerous articles in the media on the subject.

Unfortunately, it seems you cannot have a rational discussion on AW, not if you take up a position that goes against the convention wisdom of AW’s tenured elite.  Trying to back up what I was saying, merely caused more old timer’s to pile on.  It was as if I’d been thrown to the wolves, or perhaps more accurately, was being beaten by a bunch of old biddies using their canes and walkers.  People could see I only had made a couple of posts on their site, I was a noob.  You’d think someone, like a moderator, would have interceded and at least attempted to defend or rescue my bloody carcass, but nope.  I ended up at the bottom of a large pile without a voice raised in assistance or even in pity.

One person, with over 5,000 posts on AW, posted a novel length dissertation on the Author’s Earnings report claiming it was grossly inaccurate and that he and the other old time AW members had already concluded, self published authors never got read.  This line of thought was quickly supported by several other long time AW members.  They rather snidely told me that they’d disproved the Author’s Earnings report weeks ago.  Where had I been?  Living under a rock, no doubt.

I replied, asking as innocently as possible if the group had ever heard of Hugh Howey.  That got them howling.  I quickly learned that trying to argue or provide verifiable proof or evidence of what you are stating means nothing to the elite on AW, it only causes them to froth at the mouth.

Here I was trying to offer some simple information, stories about famous authors who had persevered and succeeded, with the goal of trying to dispel some of the negativism I saw on AW—and I was tar and feathered.

At that point, I threw in the towel and gave up posting anything additional.  I’d made a grand total of 12 posts on their site and felt like a group of vigilantes had run me off with pitchforks.

Do I see value to AW?  Yes.  Am I impressed by their long-standing members?  No.  I got the impression that they are an exclusive club, with a preset list of beliefs that you either subscribe to or they burn you at the stake.

Will I go back to their site?  For the past several days I’ve been licking my wounds, pondering that question.  If I do, it will be to read, not to share what I know.  What’s the point, when it appears their entrenched elite already know all the answers?

11 thoughts on “Absolute Write or Wrong?”

Available at most online booksellers. 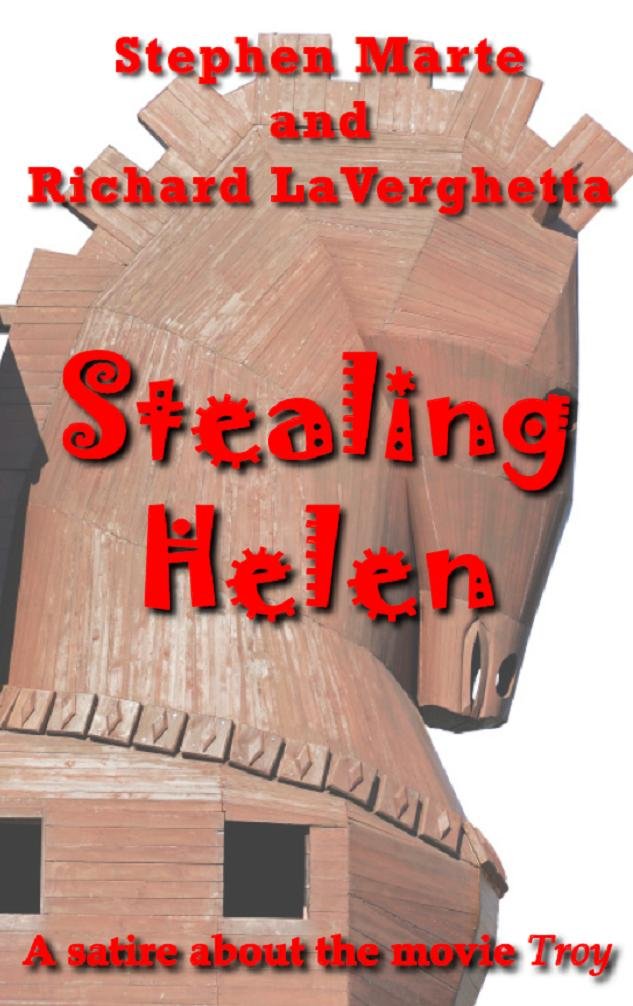 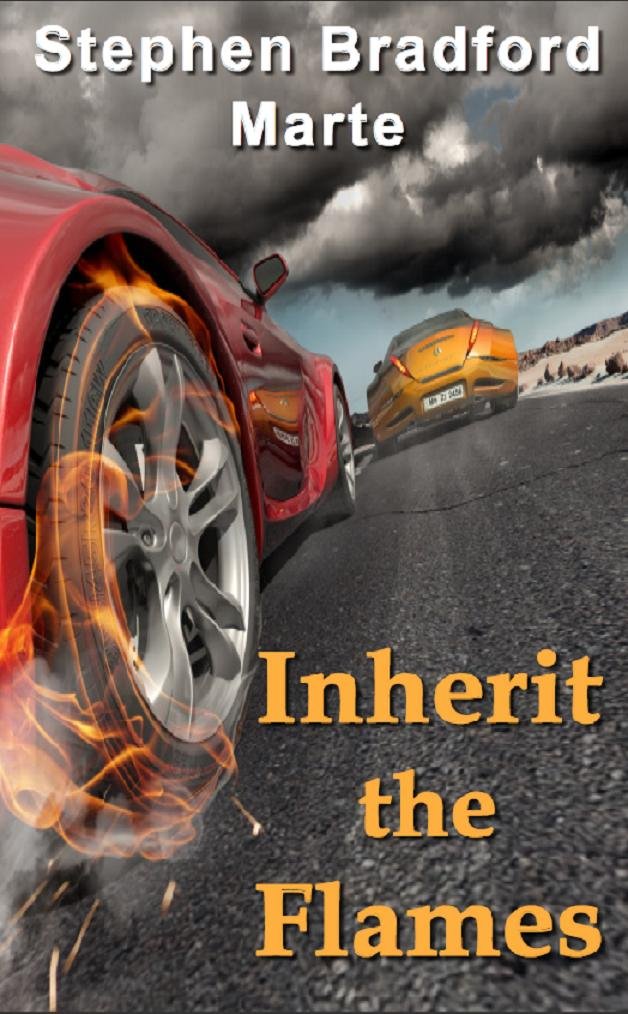